by Auden Schendler and Ted White

Thirteen-year-olds can AirDrop Simpsons memes from across the room, and artificial intelligence made chess masters like Garry Kasparov obsolete. But for all our technological advances, at home, we’re still cavemen.

We can do better, in the same way that we’re moving away from generating electricity by burning flammable rocks. Instead, we’re making power with thin-film, solar photovoltaics, wind turbines made from fiberglass and advanced composites, and solar thermal molten-salt storage arrays in the desert.

To keep global warming below 2 degrees Celsius, we need to do a lot of things: slash transportation pollution, manage agricultural emissions, and more. But perhaps the most challenging task of all is to decarbonize buildings. The Rocky Mountain Institute  notes that a tenth of U.S. carbon emissions come from burning fossil fuels — primarily gas —for heating and cooking in homes and businesses.

Nationally, $3.7 trillion worth of new construction is in process, and the top two states are in the West — California and Texas. Unfortunately, the overwhelming majority of these structures will be heated with gas.

The best, and maybe only, way to decarbonize buildings, beyond making them so efficient that they hardly need space heat (which we should do anyway), is to replace Neanderthal heating methods with electric systems powered by renewables.

While it’s true that the grid isn’t entirely green yet, that transition is well underway, aided by trends that will displace existing coal even if demand grows. Nevada is an example: voters there amended its constitution this November to require half the state’s power to be renewable by 2030.

Electrifying buildings will be a slow process; we need to start now, because it will take decades. But while there’s urgency, leadership is limited. To fully decarbonize the building sector, according to the Rocky Mountain Institute, states need “explicit electrification requirements and concrete phase-out strategies for gas in buildings” at a minimum.

There are pockets of progress. San Francisco’s Board of Supervisors recently voted unanimously to ban natural gas in new buildings, and other cities in California are implementing similar plans. Seattle passed a law to help homeowners transition from oil, a particularly dirty form of heating, to electricity. But California has always been an environmental unicorn, and Seattle’s law is unique. Both states are also relatively wealthy.

Meanwhile, resistance looms large. One of the West’s largest utilities, Xcel Energy, recently released a document titled “Transitioning Natural Gas for a Low Carbon Future.” It focuses on voluntary customer electrification and reductions in gas leakage, without ever confronting the fact that customers can’t continue to burn gas and still meet any reasonable climate goals.

Since we can’t count on federal action, and most states are not leading holistically, the only alternative is to change municipal codes. All of the towns where we live, in Colorado’s Roaring Fork Valley, have upgraded to at least the 2015 International Energy Conservation Code, but that doesn’t get us far enough. Municipalities need to adopt electrification codes, which can take a number of forms, from a straight ban on natural gas to more incentive-based programs.

The good news is that going all-electric is entirely doable. Developers where I live are already making it happen. Habitat for Humanity’s teacher housing in the town of Basalt avoided the cost of installing gas lines; teachers will cook their mac and cheese on advanced induction ranges. Aspen Skiing Company, where one of the authors of this column works, is building a 150-bed, four-story employee housing complex heated by electricity, complete with electric vehicle-charging stations. Rocky Mountain Institute’s office in Basalt is the highest performing building in the coldest climate zone in the United States, and it uses no gas. In Snowmass Village, East West Partners is developing the aptly named 53-unit Electric Pass Lodge.

These success stories from high-end areas hardly scratch the surface of what’s possible. But their exceptionalism shows the transition will not happen on the free market, as many libertarian dreamers in the West hope. And it won’t occur on the timeframe required to meet emissions targets set by the states or required by atmospheric physics.

Discovering fire was a milestone for humankind, but rediscovering electricity will be a climate game changer.

The authors are contributors to Writers on the Range, writersontherange.org, a nonprofit dedicated to spurring lively conversation about the West. Auden Schendler is senior vice president of sustainability at Aspen Skiing Company; Ted White is executive chair of Rocky Mountain Institute. 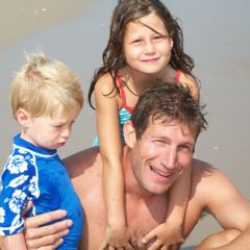